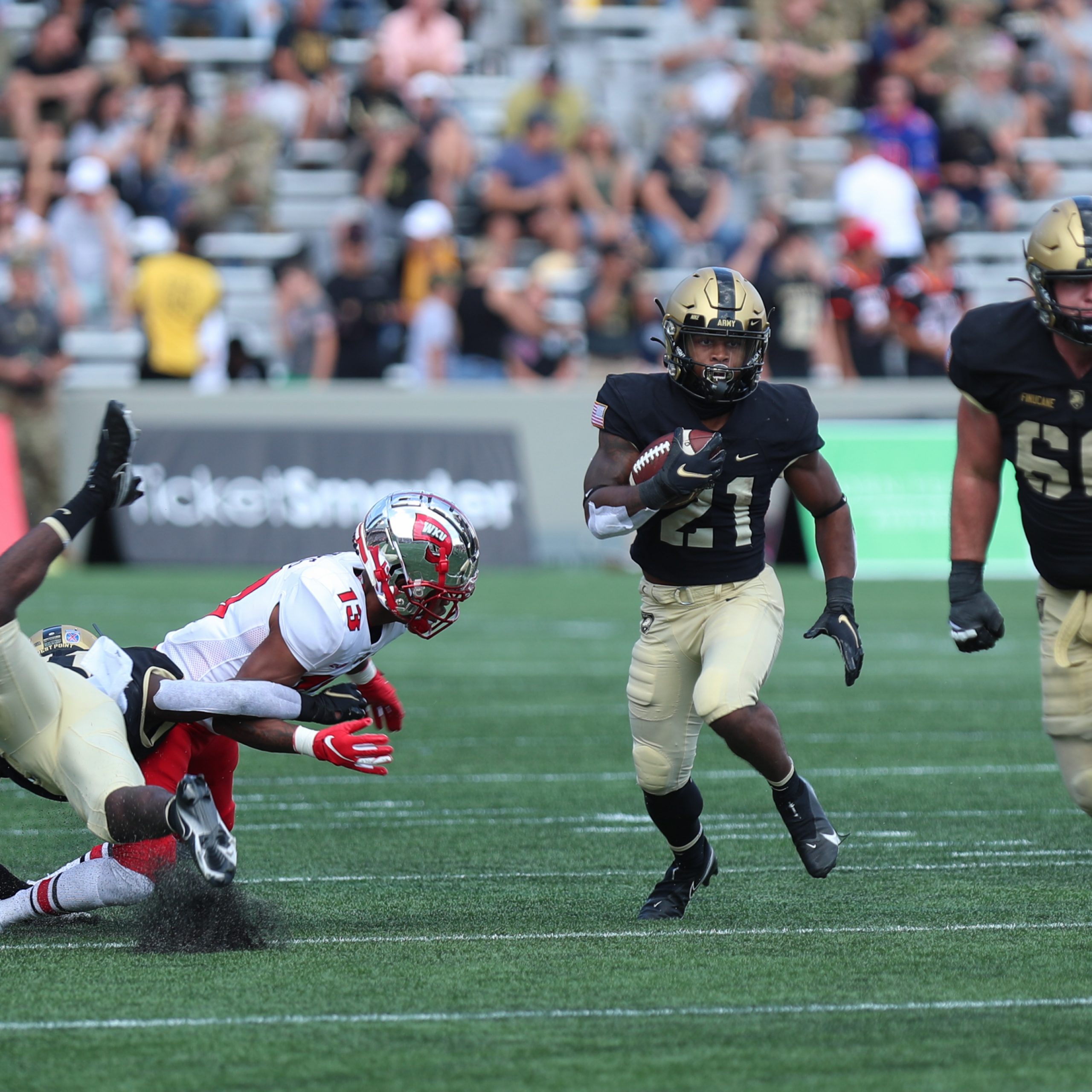 Winning in college football is sometimes not as easy it looks from an outside view.

Coaches will often remind you of how hard winning is at the Division I-A level. It may seem like cliché at times.

But, that mantra played out into the final moments at Michie Stadium Saturday.

A missed Army fourth-down conversion was just the opening that Western Kentucky needed to turn a comfortable Black Knights’ win into a nail biter. Western Kentucky defensive end Michael Pitts, who played against Army’s option attack at Cincinnati last season, read Christian Anderson’s keeper and dropped the quarterback for a loss to keep momentum in the Hilltoppers’ side.

Army didn’t have many answers for Bailey Zappe late as the Houston Baptist transfer completed 12-of-16 passes for 167 yards and two touchdowns in the fourth quarter.

All of Army’s practice time spent on special teams paid off and may have saved the game as the Black Knights recovered all three onside kicks, the first two by junior safety and captain Marquel Broughton and the last one and game-clincher by sophomore tackle Simon Dellinger. Dellinger was a tight end until a preseason change.

Andre Carter continued to be a factor in the pass rush, recording 1.5 sacks. Army’s junior linebacker leads the nation with 4.5 sacks through two games.

Western Kentucky’s 21 points were the most scored by an opponent in the fourth quarter against Army since Fordham tallied the same amount on Nov. 22, 2014.

Thought Army’s experienced secondary would have held up better against Zappe. Western Kentucky’s quarterback was better than advertised. There wasn’t a throw thjat Zappe couldn’t make on the field. The Black Knights’ defensive backfield started off strong with Marquel Broughton’s interception on the game’s opening drive and Jabari Moore’s knock away of a fourth-down pass in the first half. But, Army allowed eight passes of 20 yards or more after zero against Georgia State.

Zappe had some time to throw in the fourth quarter and his quick release made it difficult to pressure at times though Army did have three sacks.

The Black Knights had success on the outside early with the slotbacks against Western Kentucky, rushing for 116 of their 120 yards in the first three quarters. Slotbacks had one only carry among Army’s 18 fourth-quarter plays.

Starting center Connor Bishop was injured on the opening drive of the second half and did not return. Bishop’s availability is unclear for Saturday’s game against UConn, Monken said during his Monday press conference.

Bishop’s absence for any period of time would be a blow to Army’s offense. He was named the offensive MVP for the Georgia State win by the coaching staff and recorded 15 knockdowns in that game.

Army and senior Zach Harding did not attempt a punt.