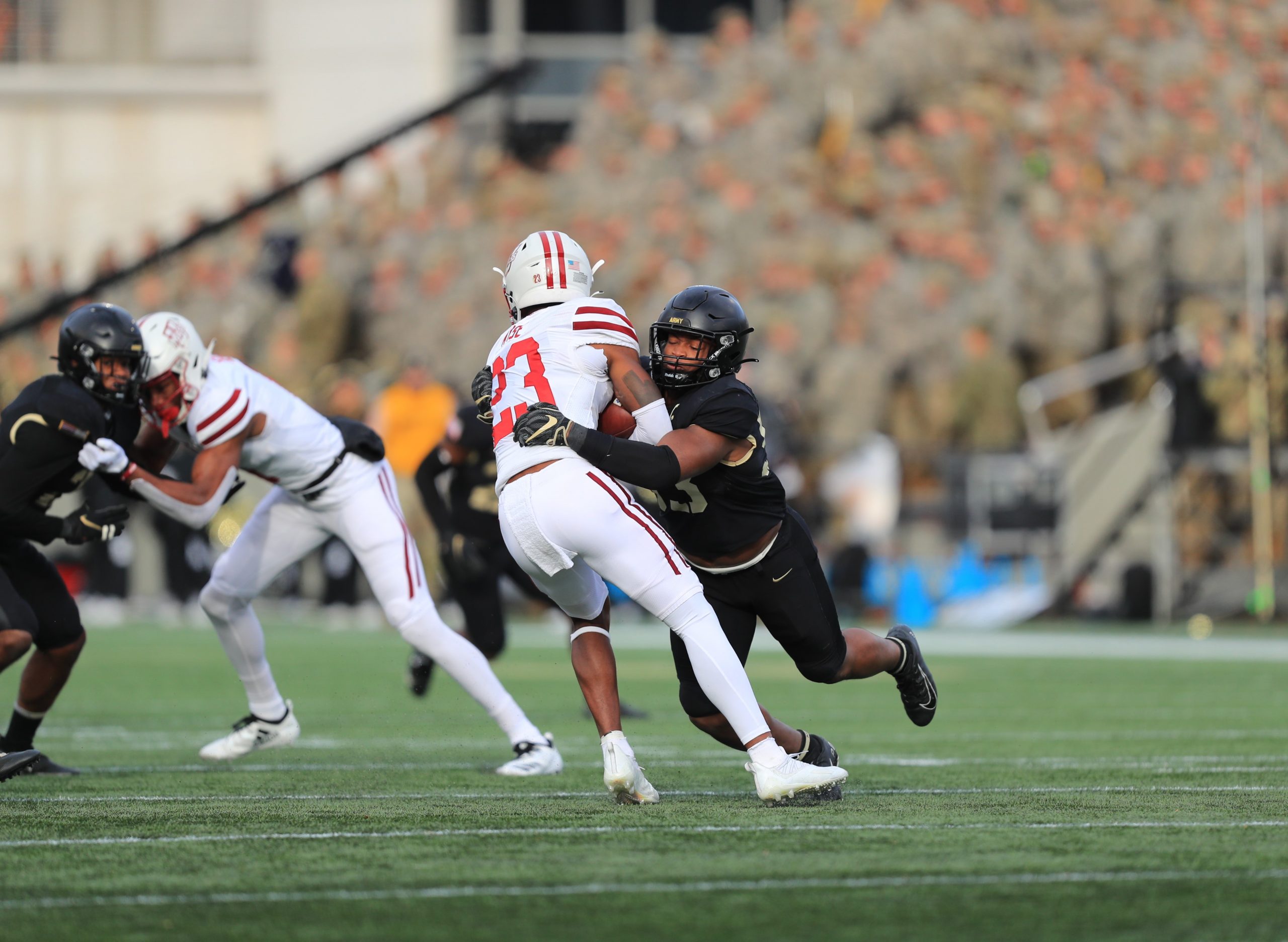 Be the first to admit, didn’t see Army’s performance coming against one-win UMass on Senior Day.

Jeff Monken might have summed up Army’s 33-17 win over UMass the best at his Monday press conference.

The Black Knights, a 36-point favorite, needed a 14-point fourth quarter to pull away from one-win UMass. A game that could have been a runaway victory turned into a hard-fought contest.

While Army’s play was uneven, there were a couple of performances and plays that stood out.

What more can be said about Andre Carter and the incredible season he is having. Carter is now Army’s all-time single-season sack leader with 13.5. Two more forced fumbles give Carter four on the season. The academy single-season record is five held by three players (Lyle Weaver, James Nachtigal). Carter nearly had his first career touchdown but the officials blew a play dead that linebacker Arik Smith may have forced a fumble on.

Jakobi Buchanan’s 26-yard fourth-quarter run was a reminder that the junior is more than a short-yardage specialist. Buchanan, who had played 45 snaps in the team’s previous four games, energized the offense in the fourth quarter. Army called Buchanan’s number five times on its first touchdown drive of the quarter that resulted in the fullback’s eighth score of the season. The 2-yard touchdown was Buchanan’s third fourth-down conversion of the game. Buchanan has moved the chains 12 times on fourth down this season.

Monken said “you couldn’t block a play better than,” Tyrell Robinson’s 87-yard touchdown run in the first quarter. Robinson credited fellow slotback Brandon Walters with the cut block that started it. After some research, Robinson’s run in fact is the longest by an Army player since Terry Baggett’s 96-yard touchdown run against Eastern Michigan in 2013.

Sophomore linebacker Leo Lowin played his best game of the season. Lowin set the tone early with a physical hit on the game’s first play for a one-yard loss. Inserted into Army’s starting lineup earlier in the season because of his versatility to covered the pass, Lowin made nine of his career and team-high 10 tackles on run plays.

After having one of its most efficient passing seasons through the first nine games, Army struggled through the air with Christian Anderson completing just 2-of-12 passes. A few throws were off target. There were a couple drops including a deep pass that Walters couldn’t complete. Somewhat surprised that Army didn’t turn to senior quarterback Jabari Laws, who has completed 85 percent of his passes, at some point on Senior Day.

Where would have Army been without the defense’s four takeaways? The Black Knights converted the turnovers into 17 points.

One of the more shocking plays of the game was punter Zach Harding’s fumbled snap, leading to Army’s only credited turnover in the first quarter. Harding has been so consistent with catching snaps his entire career that it’s become academic.

Respect to UMass and interim head coach Alex Miller for the effort and sportsmanship. UMass players took a knee when Army cornerback Julian McDuffie was seriously injured in the third quarter. Miller took his hat off as a sign of respect when shaking Jeff Monken’s hand and interacting with Army players after the game. And, then there was this Twitter post by UMass tight ends coach Kyle Segler: