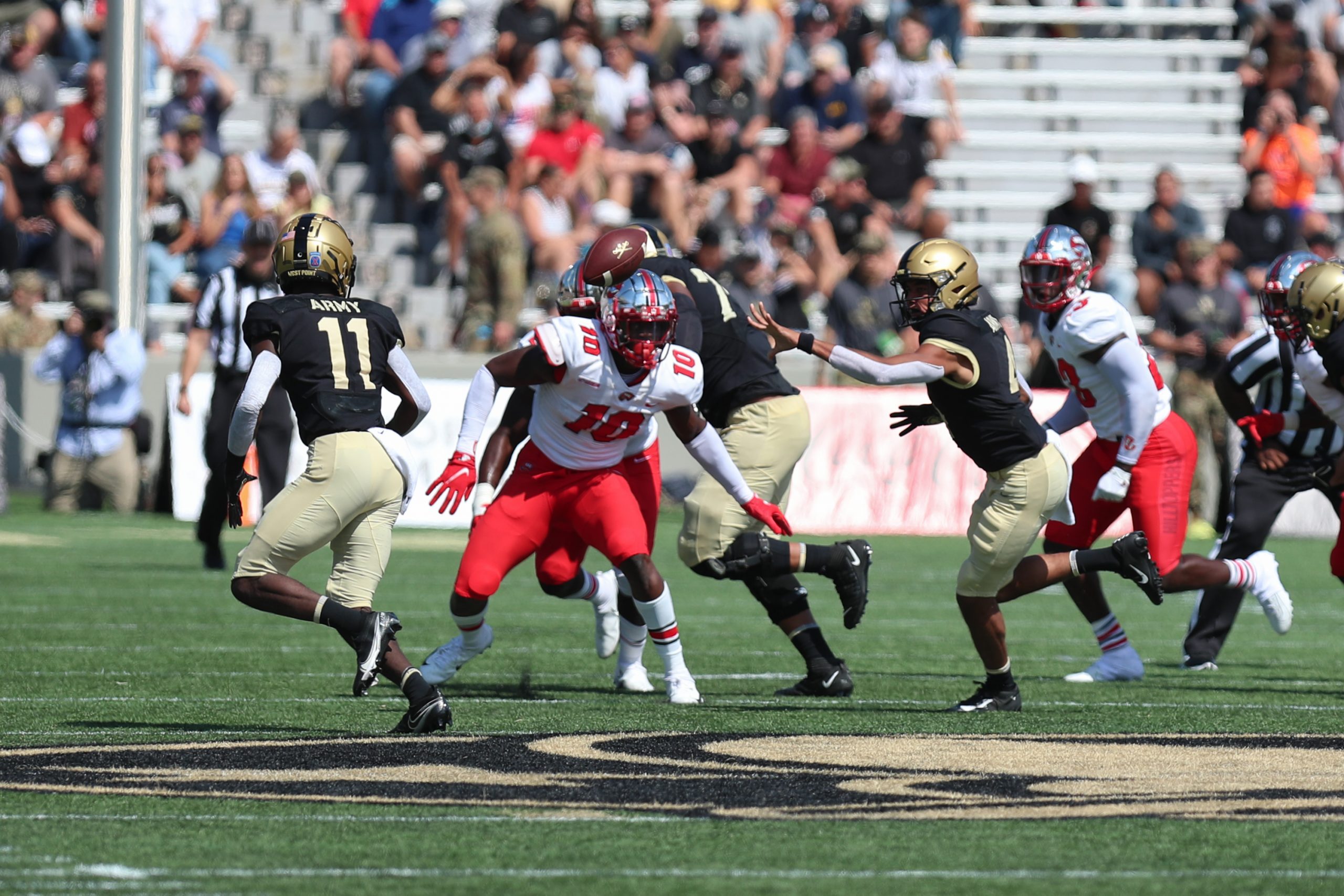 Army is a 34.5-point home favorite against winless UConn Saturday at Michie Stadium.

The Black Knights have won 11 straight games at home. UConn enters the game with six-game losing streak, dating back to 2019. The Huskies did not play a game during the 2020 pandemic season.

UConn (0-3) has lost its first three games by a combined 132-28 including a 38-28 defeat to Holy Cross of the Patriot League. The Huskies have yet to score a point against Division I-A opponent. UConn was shut out by Fresno State (45-0) in its opener and Purdue (49-0) last week.

Army coach Jeff Monken said he never tries to concern his players with how their opponent is playing. The focus is on Army.

“I’m not delusional that we are more talented than they are,” Monken said in his Thursday press conference. “They have talented players. They have big players. I’m impressed with them physically. They haven’t put it together yet this year. I hope they won’t play their very best game against us because they are going to give us a lot of trouble. We are going to have to play our very best, I feel like, if we are going to have a chance to beat them. I feel like that every week.”

UConn does lead the series 5-2. Monken referenced his first two games against UConn as Army coach during his first two seasons during his Thursday press conference. Chris Carnegie’s goal-line Pick Six clinched the Black Knights’ win in 2014 and Army fell short 22-17 at UConn in 2015.

With all due respect, Army’s program is certainly in a better place now. Matchups like this fall into the “win” category when going over Army’s schedule in the preseason and UConn’s first three games have done nothing to change that.

Sal Interdonato (Black Knight Nation): This game has the makings of Army’s 2020 opener against Middle Tennessee State (42-0). Last week’s win over Western Kentucky was a physical game on both sides of the ball and Army could be playing without a few key starters. There’s no urgency to rush players that are banged up this week. UConn ranks 100th against the run, allowing 189 yards per game but have allowed four rushing touchdowns through three games. The Huskies have given up 12 passing touchdowns. The Black Knights should have success on the ground and in the air in a comfortable win.

Feel free to post your predictions in the comments section.