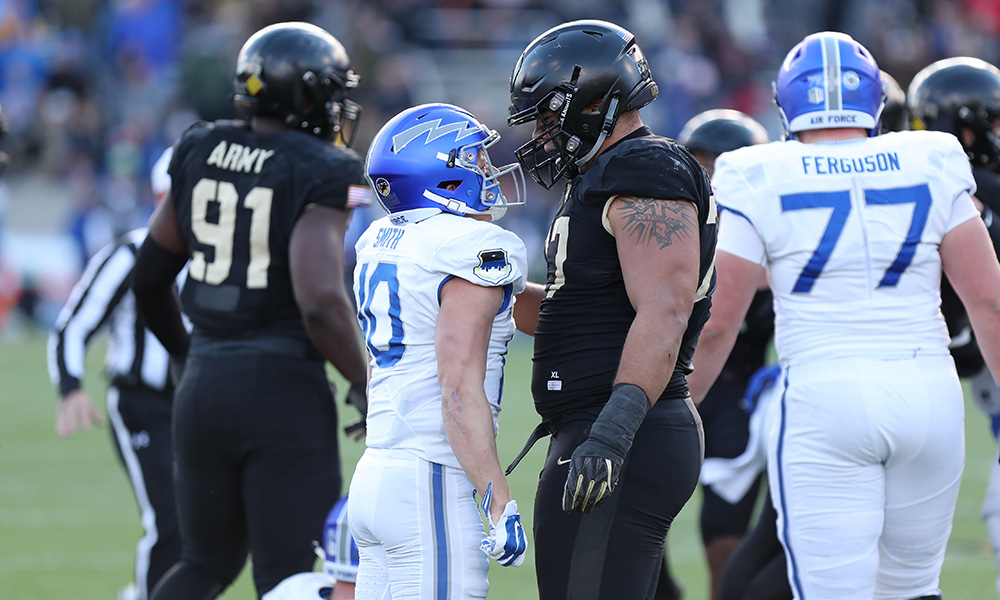 2020 has been an unique season indeed.

Army, winners of nine straight games at Michie Stadium including last week’s 15-0 victory over Navy, is a 2.5-point underdog

Might be an advantage for Air Force. More games by Army means more collisions on the field and more chances to get banged up.

Army can captured its third Commander in Chief’s trophy in the last four years with a victory. Air Force last captured the CIC trophy in 2016.