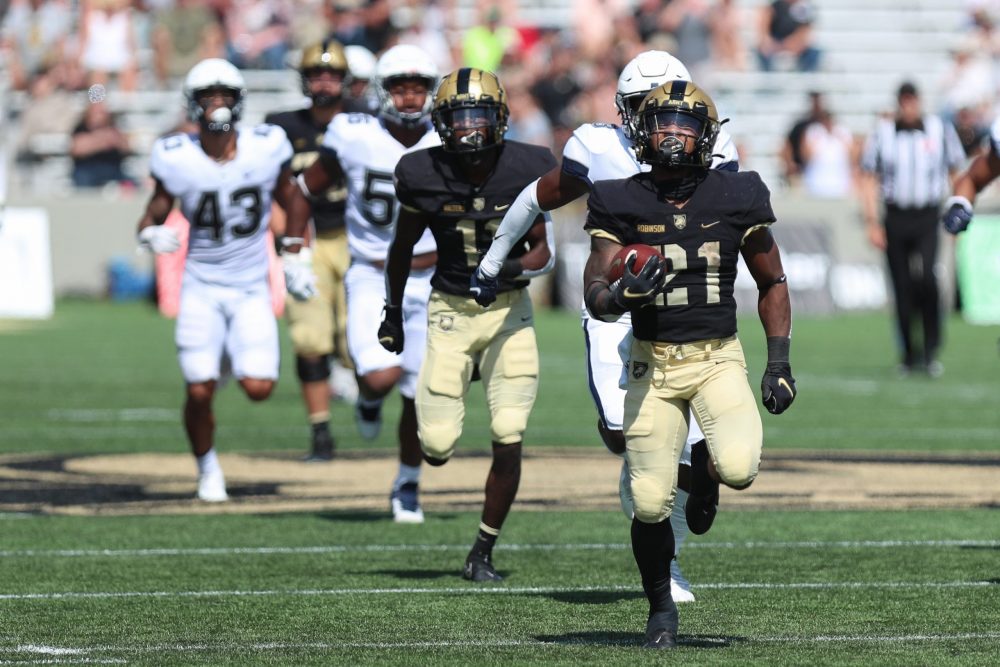 Tyrell Robinson didn’t reveal his 40-yard dash time when asked after a win over UMass.

Army’s sophomore slotback said he wasn’t up for guessing his speed and would have to be timed in the run.

What is evident, Robinson’s game-breaking skills and increased impact in the Black Knights’ offense.

When did Robinson first realized he was quick and fast?

“I grew up in Long Island and we used to race from street pole to street pole about 40 yards,” Robinson said. “I used to always get dusted by my brother and my friends. I put in some work on the field with my father and I started to keep up with them and beat them. I guess that’s the first memory.”

Robinson’s 87-yard touchdown run against UMass was his 12th explosive (20 or more yards) play and third of 70 yards or more this season. He’s had a run or catch of 20 or more yards in nine of Army’s 10 games (Miami, Ohio only team to contain Robinson).

Who’s the last Army slotback to top the team in rushing? Terry Baggett rushed for 1,113 yards in 2013.

Robinson’s 87-yard touchdown was the longest run by an Army player since Baggett’s 96-yard burst in his record-setting 304-yard day against Eastern Michigan in 2013.