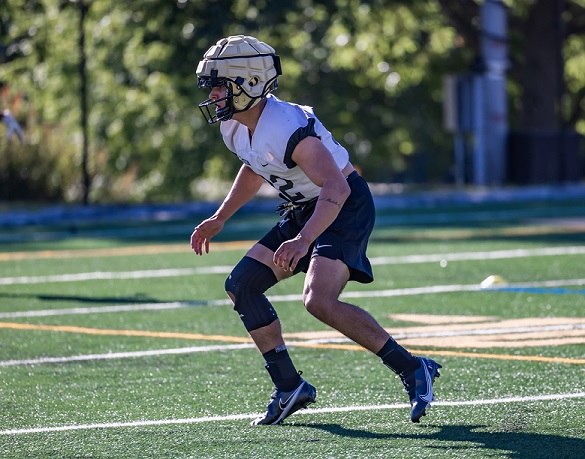 One look into Noah Short’s locker provided the freshman with all of the motivation that he needed.

“I was pretty disappointed (about the gold jersey) but that first day I was on the scout team, (he said to himself), I’m just going to give it my best effort,” said Short, a plebe from San Jose, Calif.

“I really tried to not lose that chip on my shoulder and realize the depth chart is super fluid,” said Short, a safety at Army Prep last season before moving to the apache position in the preseason.

Short is trending toward making his college debut in Army’s season opener at Coastal Carolina Sept. 3. His early contributions will come on special teams. Short is Army’s “head hunter” on kick coverage. Short’s speed has impressed Jeff Monken and his staff. Short ran 100-meter dash in 10.6 seconds in high school.

Short didn’t only excel in football and track and field in high school. He is King’s Academy’s all-time leading basketball scorer with 1,046 points. Monken and Army has an athlete in Short with the potential to grow.