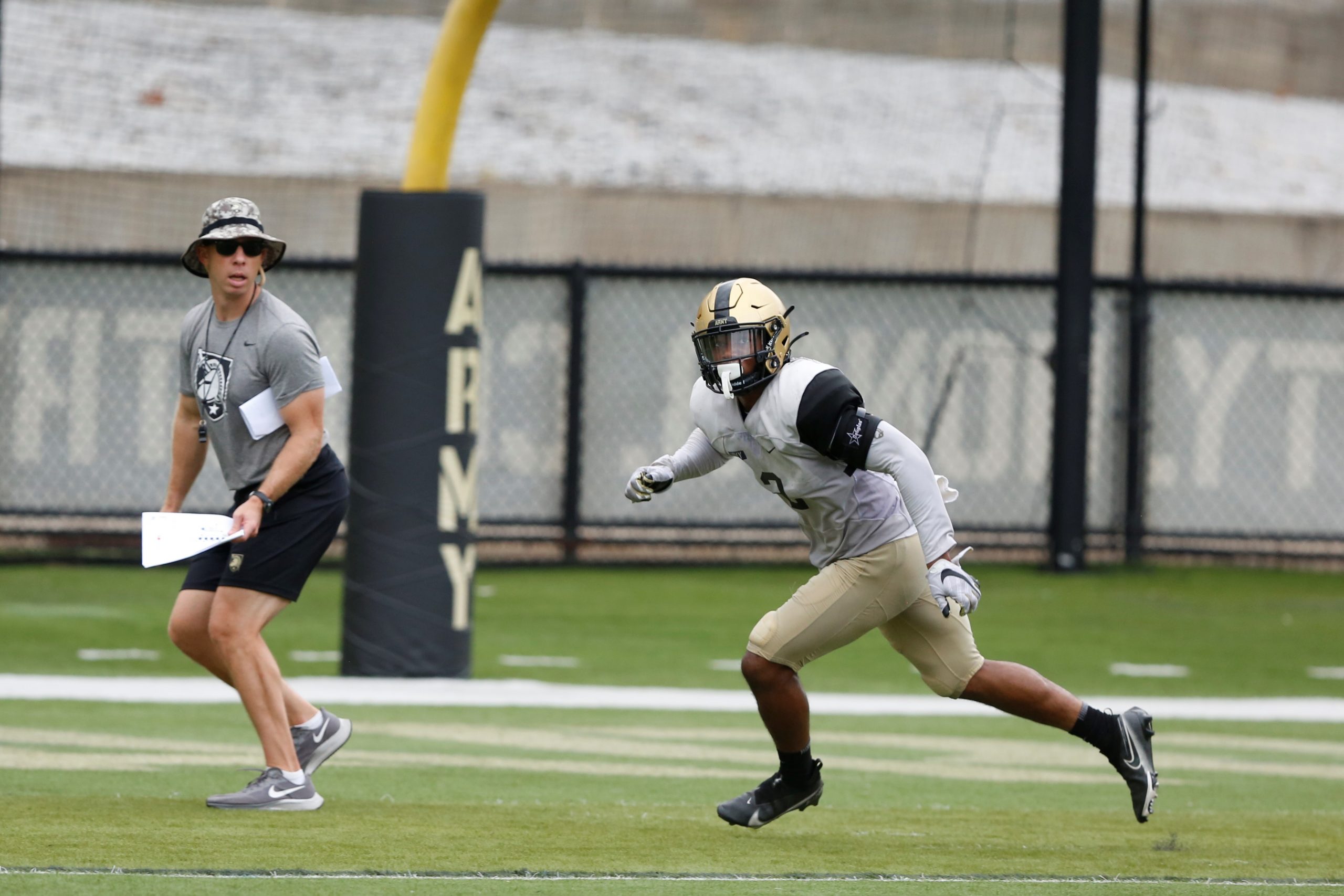 Malkelm Morrison played his high school football less than an hour away from West Point but the former Iona Prep star’s first introduction to Army came in the summer before his senior season.

Loose contacted Morrison about a week after the camp beginning his recruitment with an invite to visit Army. Morrison discovered the history of West Point and later experienced the Michie Stadium game-day atmosphere watching the Black Knights play in the 2017 season.

“The energy was definitely unmatched anywhere else,” Morrison said of his first game at Michie Stadium.

Now, Morrison brings his own passion and energy to the historic venue as a hybrid defensive back/linebacker known as “the apache” in coordinator Nate Woody’s defense. Morrison is one of eight returning senior starters from a defense that lead the nation in yards allowed per game.

As Army prepares for its second preseason scrimmage, every practice, every rep and every meeting matters to Morrison, who plays a position where more fundamentals may come into play. Morrison generally meets with the outside linebackers but he also gains some knowledge from safeties. He was Army’s starting nickelback his sophomore year.

“Our coaches always stress always listen to all of the coaches even if they are not speaking directly to you,” Morrison said. “Especially with my position, I try to take in all of the information from the safeties coach, corners coaches, my position coach (Coach Loose), the defensive coordinator. It’s all information I can use in my skill set to build on my fundamentals and details.”

One of Morrison’s first football coaches was his father, Patrick, who played briefly for the New York Giants. Malkelm started picking up football around eight years old but it wasn’t the first sport that he played.

“He (His father) was my position coach throughout Pop Warner,” Morrison said. “He was a defensive coach. I did take in a lot of knowledge from my dad. Once I got into the high school and college ranks, he definitely still gave advice but he left it to the my coaches.

“I think he’s proud (of me) especially where I came from and how hard I’ve worked especially in the academics. He’ll always say, ‘there’s room for improvement at the same time.’ He’ll still always give me tips where I can get better.”

On the subject of getting better, Morrison was asked what can be expected from Army’s defense with waves of returning players from that top-ranked unit. Morrison made 33 tackles, led Army with two forced fumbles and added an interception last season.

“Definitely just some hard-working individuals and people,” Morrison said. “We are just committed to each other and know we all have each other’s back when we are out on the field so we can play fast and aggressive. We definitely have a lot of talent. We just want to make sure we all work together and play hard.”