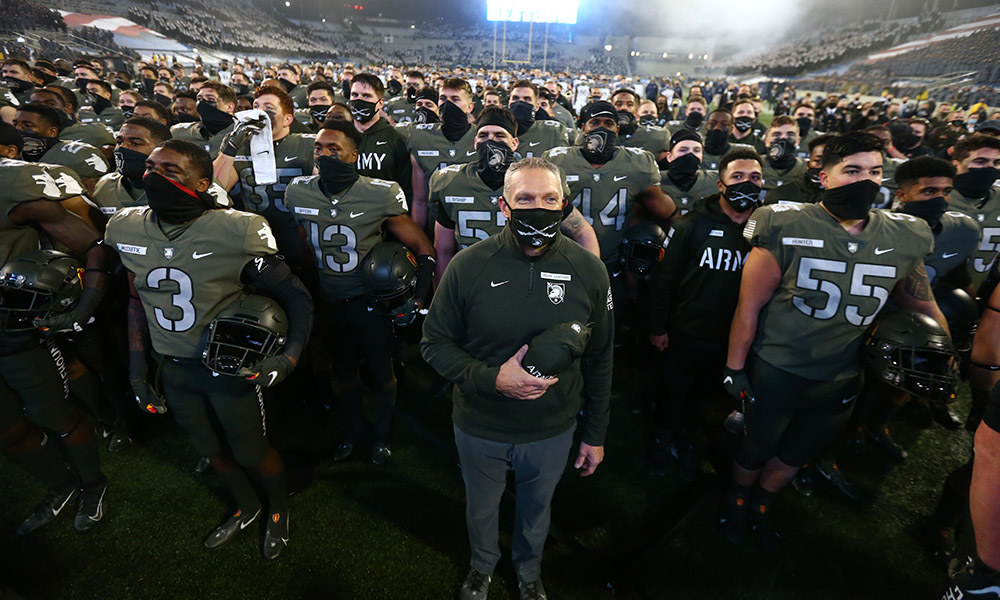 Army will get its bowl game and a chance for a 10th win of the season after all.

The Black Knights are headed to the Liberty Bowl to play West Virginia of the Big 12 Conference on Dec. 31.

The opportunity was created when Tennessee suspended all team activities, completing its 2020 season due to positive COVID-19 tests.

Army expressed interest in replacing Tennessee and was waiting for the Liberty Bowl and West Virginia to accept the change.

“Our guys were absolutely thrilled,” Army coach Jeff Monken said when he told his team of the news. “We went from being in tears yesterday evening to being elated this evening. Our guys when I announced it to them, they were thrilled and excited. It just couldn’t have worked out better. Sometimes, things don’t work out like you want them to. But, somehow, some way, they work out a different way and it almost seems like it’s even better.

“It became a great story. We are just humbled that so many people have latched on to this and felt so strongly about our opportunity that it really became a big story today.”

Army’s story gained national attention after losing its place in the Independence Bowl Sunday, leaving a 9-2 team on the outside of the bowl season.

“That’s how it’s resonating throughout the country,” Ehrhart said. “There’s a lot of other bowls when they put out their social media they might get 50,000 impressions. This is phenomenal and I think it shows the respect for West Point. “

Ehrhart said maximum attendance for the bowl game will be between 12,500 and 13,000 fans due to COVID-19 restrictions.

West Virginia gives Army a Power Five conference matchup and its first appearance in the Liberty Bowl. The Mountaineers are 5-4 with three losses coming to ranked teams including its last game – a 42-6 setback to No. 9 Iowa State.

Army and West Virginia will play for the first time since 1961. The Black Knights lead the series against the Mountaineers 2-1.