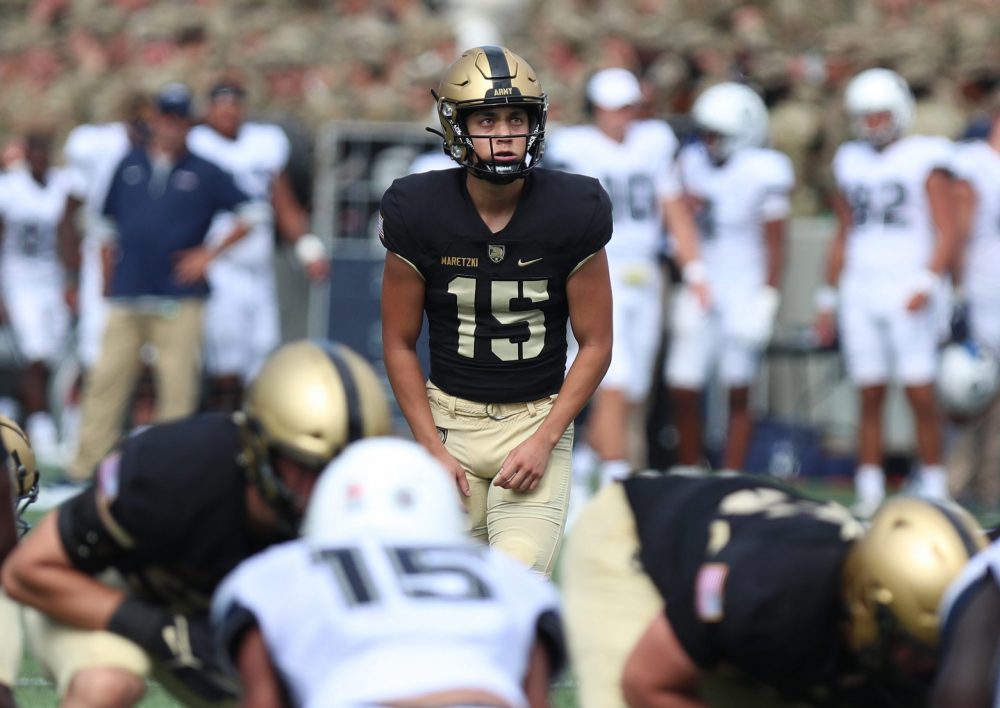 Maretzki, who served as the team’s No. 2 kicker this season, hit his only field goal attempt from 28 yards and was 7-for-7 on extra points in 2021. He has three years of eligibility remaining.

“I am so grateful for my time at West Point and the relationship I have built,” Maretzki posted. “To Coach (Sean) Saturnio, Coach (Jeff) Monken and the rest of the Army coaching staff, thank you for believing in me and giving me a chance to play for such an exceptional football team.

“To the Army football Brotherhood, thank you for the endless love and support you have given me. To my family, friends and mentors. thank you for guiding me through this difficult decision.”

The Honolulu, Hawaii high school standout finished the 2020 season as the Black Knights No. 1 kicker. He battled junior Cole Talley, who returned to the team, in the 2021 preseason for the starting job. Talley got the nod. Maretzki kicked in wins over UConn and Bucknell.

For his Army career, Maretzki made 5-of-7 field goals and all 22 of his extra points.