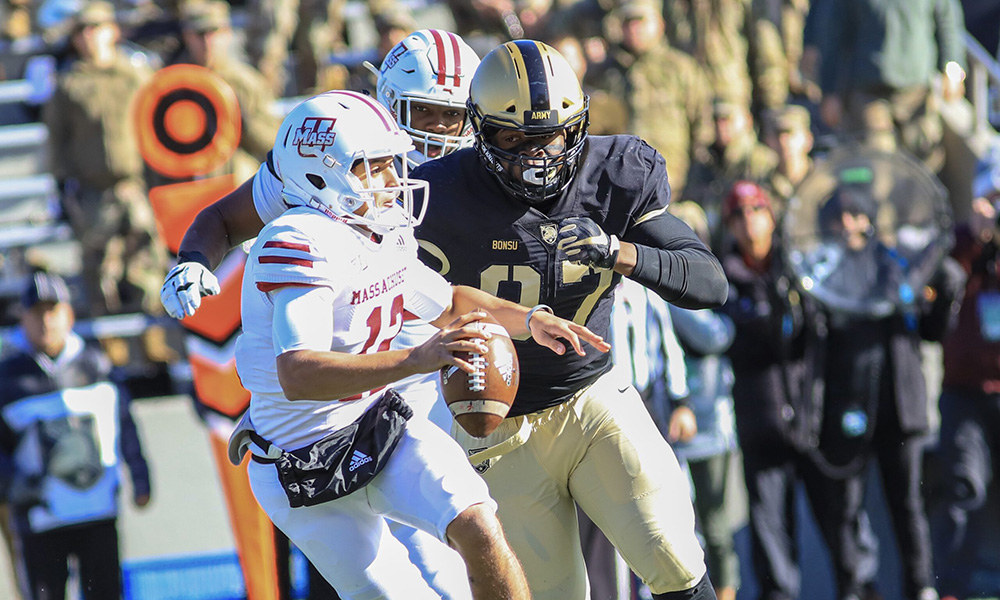 Putting together Army’s football schedule can be a massive undertaking with the program’s status as an independent.

The undertaking became more of a challenge for the 2020 season during the coronavirus pandemic.

As the season grew closer, the schedule could change by the minute due to some schools opting out of football or limitations from conferences about non-league games.

Through it all, Army ended up playing a 12-game schedule full of new opponents and built some series out during those conversations.

Beretta said that Army fans will see a “steady diet” of games against UConn and UMass over the “next 10-12 years.”

“With them (UConn and UMass) being geographically friendly to us, those are great opponents,” Beretta said. “We’ve done 10-12 year series with them as it turns out. It might have been a 3-year and then we added another 3-year and another 3-year.”

“The one school that I thought we would end up playing at least once was Liberty and we didn’t play them,” Beretta said.

UConn decided not to play football in the fall. Within a week, UMass followed. UMass reconsider, playing a partial 2020 schedule and asked if Army wanted to play the week before the original-scheduled Air Force game on Nov. 7. Army wanted to keep that week open so the schools did not play.

Beretta also mentioned that Army’s schedule is set through 2034 “for the most part.” Crazy to think but Beretta said he’s always operated under a model of working ahead 10-12 years out because of scheduling strategy. Beretta, who will become LeMoyne’s athletic director in May, has designed Army’s football schedule for the last 15 years.

“There’s a lot that goes into it,” Beretta said. “We look at weekends and holiday weekends, whether we want to be home or away for the Corps of Cadets. There’s a large matrix that goes into it. It’s not like throwing darts at a dart board and see who will be interested. It’s a dance and it takes two to dance. Sometimes, we feel like we have the perfect opponent lined up and we may call them and they may not have interest or that date might not work.”

Beretta said Army is set up for long-term success from the scheduling standpoint.

“That’s important for us because we can lock in the opponents that we want to lock in, when we want to lock them in and we don’t have to worry about what tomorrow may bring,” Beretta said. “We have contracts in place with buyouts. So if schools call us and want to make a change, they will have to write us out a check to do so. We might have to scramble but we are protected as we can possibly be.”