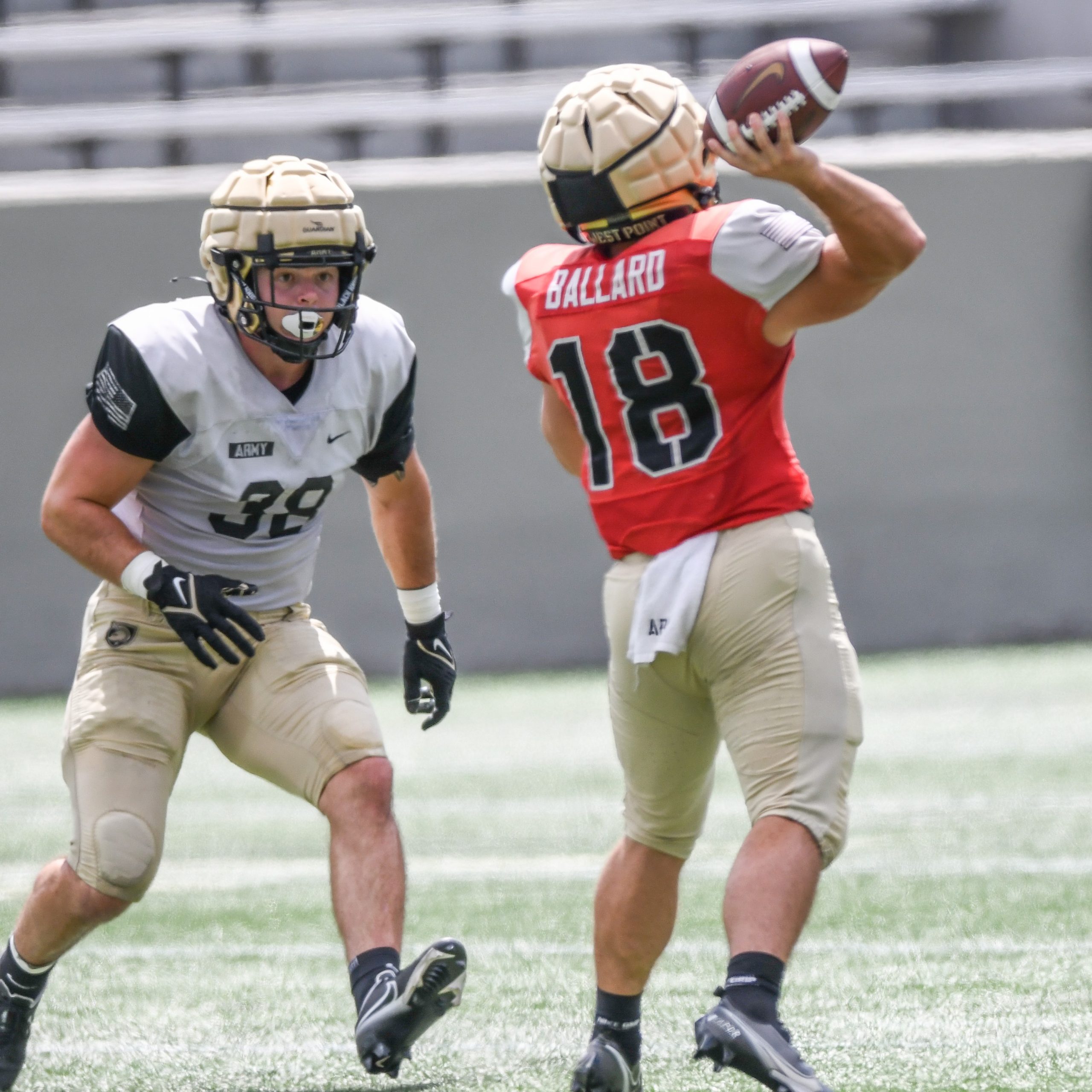 There’s no wasted motion when Fabrice Voyne is practicing this preseason.

Every snap is focused on one goal – helping Army win football games this fall.

Voyne is Army’s No. 2 outside linebacker at the dog position. All-American linebacker and potential NFL high draft pick Andre Carter is returning starter.

“I’m blessed to just be working with Andre and how impressive he is,” Voyne said. “Honestly I’m just trying to improve my pass rushing as best I can. I feel like I have a pretty good handle on the defense and I want to be able to contribute whenever Andre goes out or if they need another dog in the game.”

Not much has changed with Voyne’s preparation and attitude towards the game since his freshman year. Chris Frey remembers a driven Voyne then.

“Fabrice Voyne is probably one of the toughest individuals,” said Frey, a senior defensive lineman. “I remember my freshman year him and I were playing up and even just working out with him the intensity that he brings. It doesn’t matter. He’s one of the most selfless human beings I’ve ever met and he’ll do anything for this team in order to win.”

Voyne played in 10 games as a freshman, mostly on special teams. He started Army’s 2020 season opener against Middle Tennessee State, recording a tackle for loss. Voyne was one of the Black Knights’ top special teams players as a sophomore, blocking a kick and recovering an onside kick. He took seven defensive snaps as a junior last season with the emergence of Carter. Voyne blocked another punt in 12 games in 2021.

“A good special teams play can change the game and change field position,” said Voyne, who is 6-foot-2 and 225 pounds. “I just want to contribute in any way I can, whatever they need me to do.”

Voyne’s positive attitude and energy may be rewarded this season. Coordinator Nate Woody said Voyne may have more defensive opportunities his senior year.

“We have a couple of packages that we feel Fabrice is going to help us in,” Woody said. “You might see him on the field more this season.”

Whether it’s rushing the passer or contributing on special teams, bet Voyne will give it every ounce of energy he has.