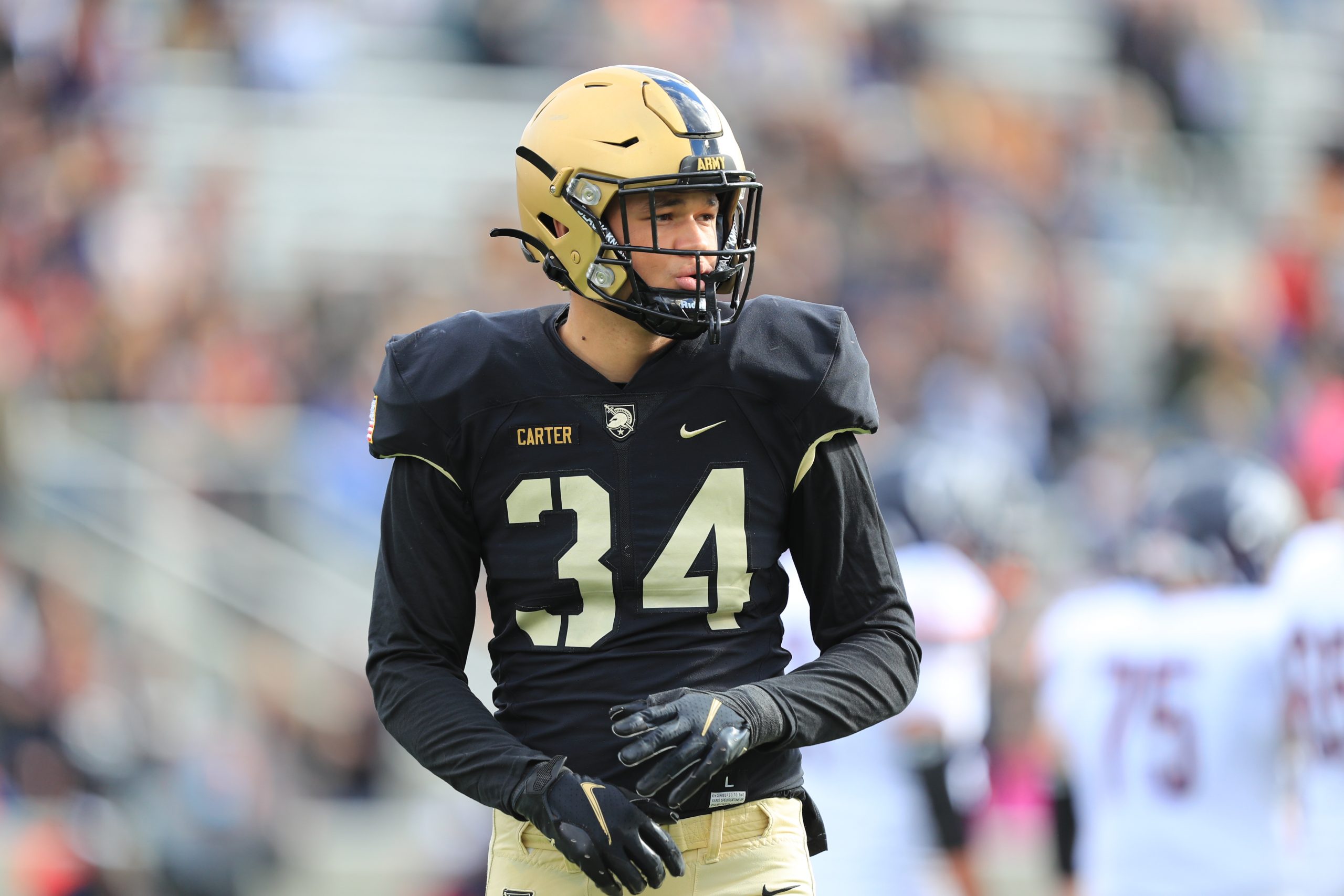 Whether it was an interception or a sack in first half of a 63-10 win over Bucknell, Carter continues to perform at a high level.

Carter joined Josh McNary as the only players in Army history to reach double-digit sack on Bucknell’s second drive. Carter’s 10.5 sacks are tied for fifth in the nation. Alabama’s Will Anderson leads the nation with 12.5 sacks but he’s played one more game than Carter.

“He’s done some good stuff,” Woody said during his weekly press conference. “Getting pressure on the quarterback is a big deal. It allows you to bring four (pass rushers), sometimes three. You don’t have to blitz or put that much stress on your secondary.”

Third-down defense: Army held Bucknell to 4-of-12 on third down

Here’s a breakdown of the 52 snaps (as charted off DVR):