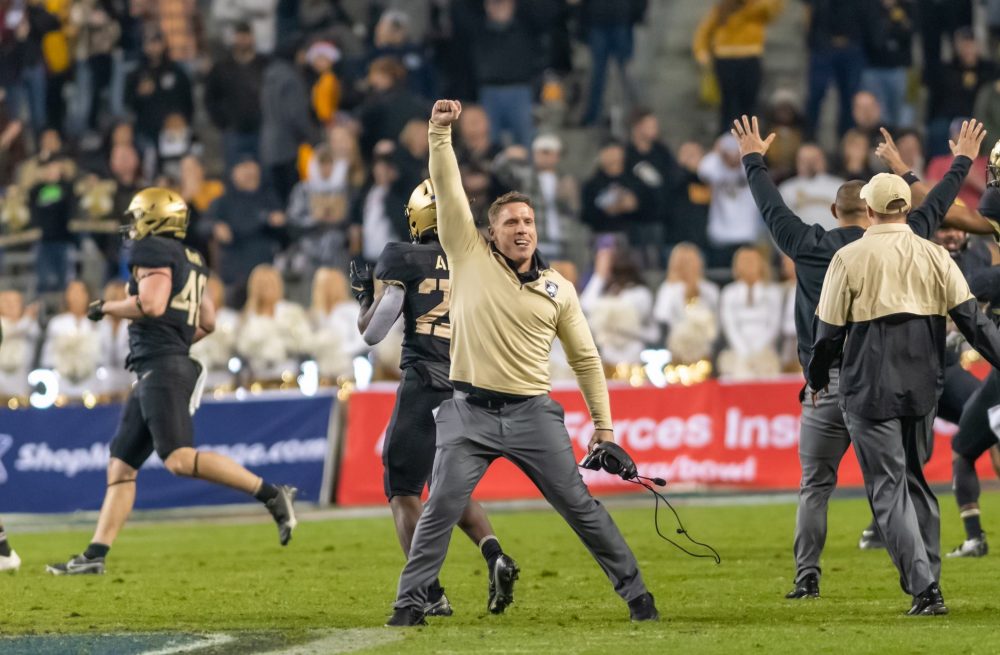 Black Knight Nation has learned that Mike Viti will be moving from fullbacks coach to the offensive line for the upcoming season. Viti, a former Army fullback, had coached the team’s B-backs the last six seasons. The 2008 West Point graduate and football captain fills the opening created when Saga Tuitele was hired by Fresno State early in the offseason.

Maj. Blake Powers will be Army’s new fullbacks coach. Powers, who has been an admissions support officer to the program since 2018, recently received a military promotion in the United States Army. He played quarterback at Indiana from 2004-07 and set the program’s single-season school record for passing touchdowns (22) in 2005.