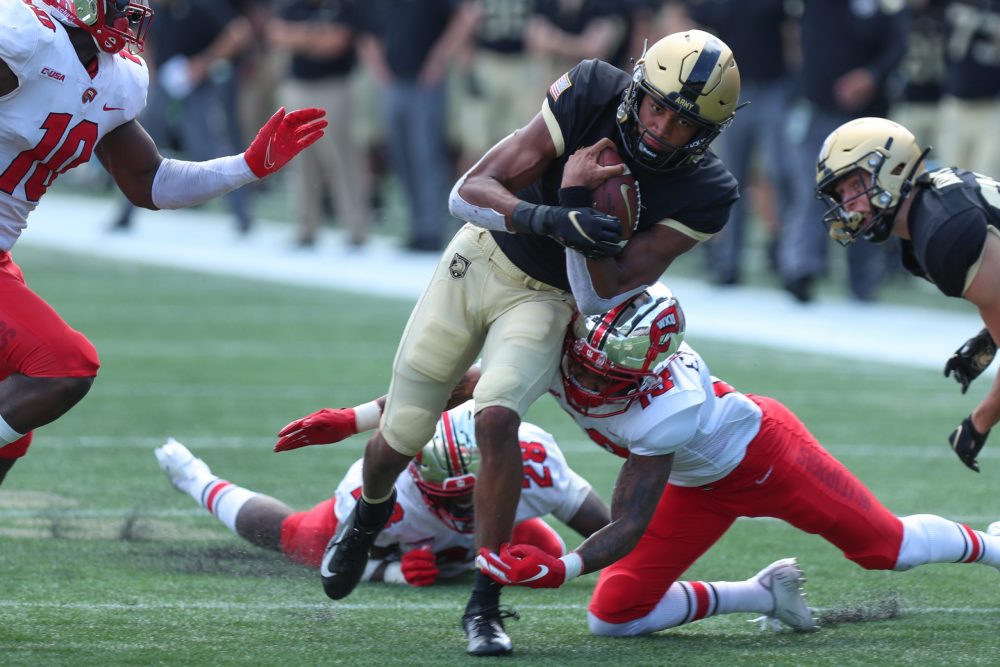 Christian Anderson remembers the outside interference that surrounded his introduction into the Army-Navy game.

Anderson felt like all eyes were on him leading up to his first career start in the service-academy rivalry two seasons ago. The pre-game nerves would eventually disappear. Anderson would score Army’s only touchdown in a 31-7 setback to the Midshipmen.

The experience was the just the start of Anderson’s journey that has been filled with the challenges of West Point and bouncing back from multiple injuries to return to this national stage.

Anderson now leads the Black Knights as a confident, dual-threat quarterback in his final Army-Navy game. Resiliency is a word that Anderson used to describe how he’s gotten here.

“I had to put in a lot of work to get to the point where I am right now,” Anderson said. “I think I had to put a lot of faith and trust into my teammates. They helped me out throughout the way.

“There’s a lot of bumps in the journey and they helped me out and got me to this point as well. One of the main things that I took from it is I can accomplish anything I put my mind to if I put the work in.”

Anderson thought of himself as a resilience person when entering West Point. That resiliency was tested. And, Anderson responded.

“I definitely went through the hardest hardships of my life since I’ve been here,” Anderson said. “There were times that I didn’t know if I would be to bounce back from them but I (did).”

Anderson came to West Point as one of the most accomplished passing quarterbacks in New York state high school history out of Cardinal Hayes in the Bronx. Mastering Army’s option-based offense was a process. Anderson showed flashes of brilliance in 2020. He converted two first downs, one on fourth down, on runs during the Black Knights’ game-winning fourth-quarter drive to defeat Air Force and capture the Commander in Chief’s trophy.

This season, Anderson is operating Army’s offense as smoothly as any quarterback since Jeff Monken took over the program in 2014. Anderson is second on the team in rushing (545 yards) and his throwing has made Army a little less predictable to defend. Anderson’s five touchdown passes are tied the second-highest with Ahmad Bradshaw (2015) in the Monken era. Kelvin Hopkins threw six touchdowns in 2018. Army is averaging 26 yards on Anderson’s 21 completions this season.

“I like just having the responsibility of executing the plays very well and I’m still relied upon to run the ball, 20-30 times a game as well and we are able to hit big pass plays because most of the time, the team isn’t expecting the pass,” Anderson said. “It will be wide open and a big play. It’s very fun in just having the ability to dish it out to different people. You can’t just focus on one person. It’s fun and can be a very explosive offense when it’s run well.”

Anderson has bought into a two-quarterback system, sharing snaps with Tyhier Tyler, while fighting through more injuries this fall. Army is 6-1 when Anderson starts this season. The Black Knights lost to Ball State and Wisconsin when Anderson was out injured. Anderson has two more games left in his college career. The goal is go out a winner over Navy and in the Armed Forced Bowl against Missouri.