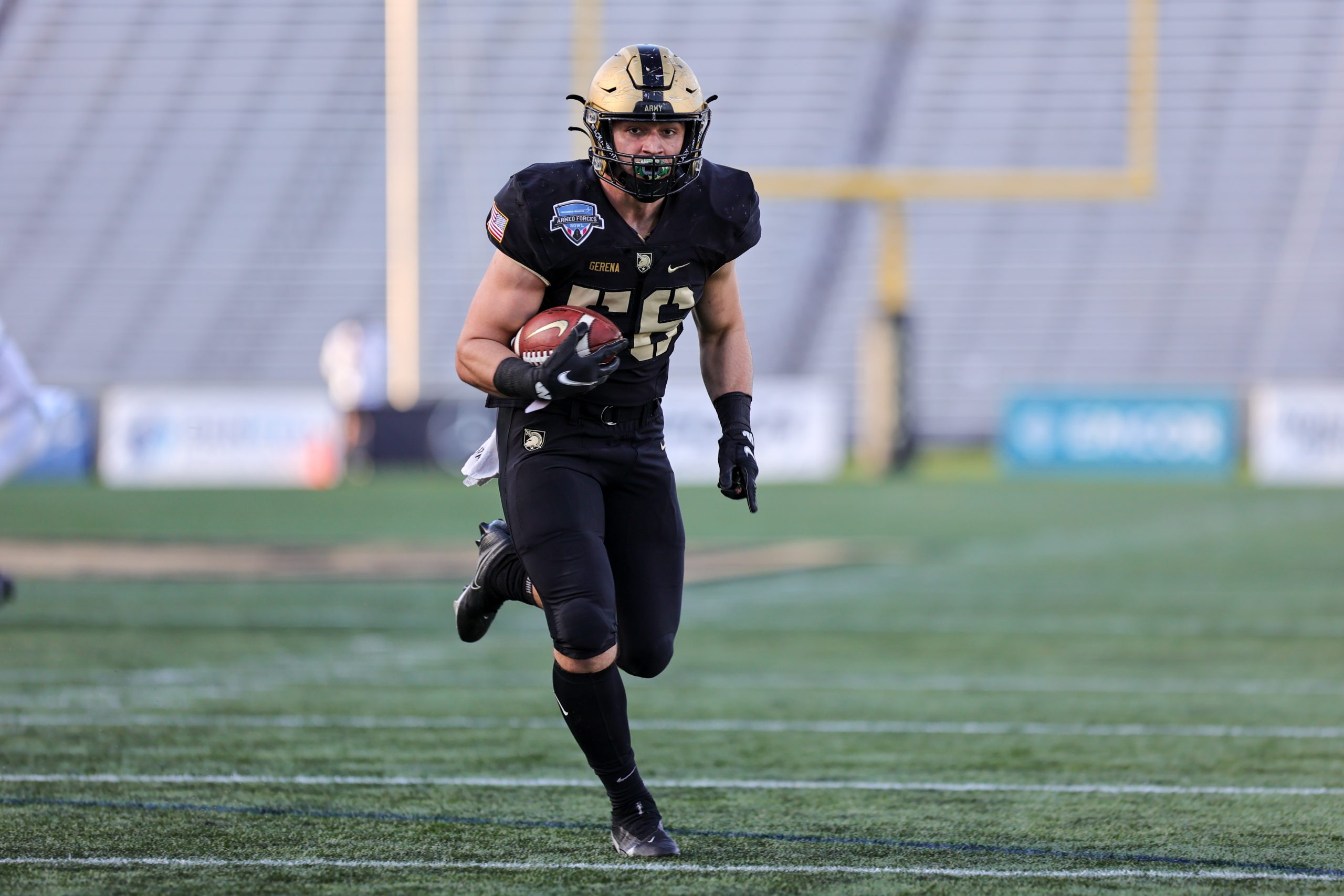 Brett Gerena’s toughness stood out as a linebacker on the scout team last fall.

Army coach Jeff Monken thought then that Gerena’s physical play might be a good fit on the inside of Army’s defense in the future.

Gerena once again caught the coaching staff’s attention early in the Black Gold game to close out Army’s spring practice Friday night at Michie Stadium. The freshman picked off Jemel Jones’ pass and returned it 15 yards for a pick six in the first quarter for Team Black.

The interception wasn’t the only play by Gerena that Monken noted after Team Black’s 24-14 win. Monken noted Gerena’s tackles on defense and special teams as well as a blitz that resulted in a quarterback pressure.

“Gerena has been a real bright spot for us. just the way he’s developed,” Monken said. “He plays the game really fast. It’s hard for a young guy to process everything. It’s a lot to go out there and play inside linebacker in college football.”

Arik Smith has manned the middle the past three seasons for the Black Knights. The competition for Smith’s successor would continue in the fall with Gerena in the mix.

“Brett’s a talented guy,” Monken said. “I’m not saying it’s oozing from his pores. I don’t know if we have guys like that. He’s got a lot of ability for us and it’s a matter of just processing the things that are going on when a play starts.