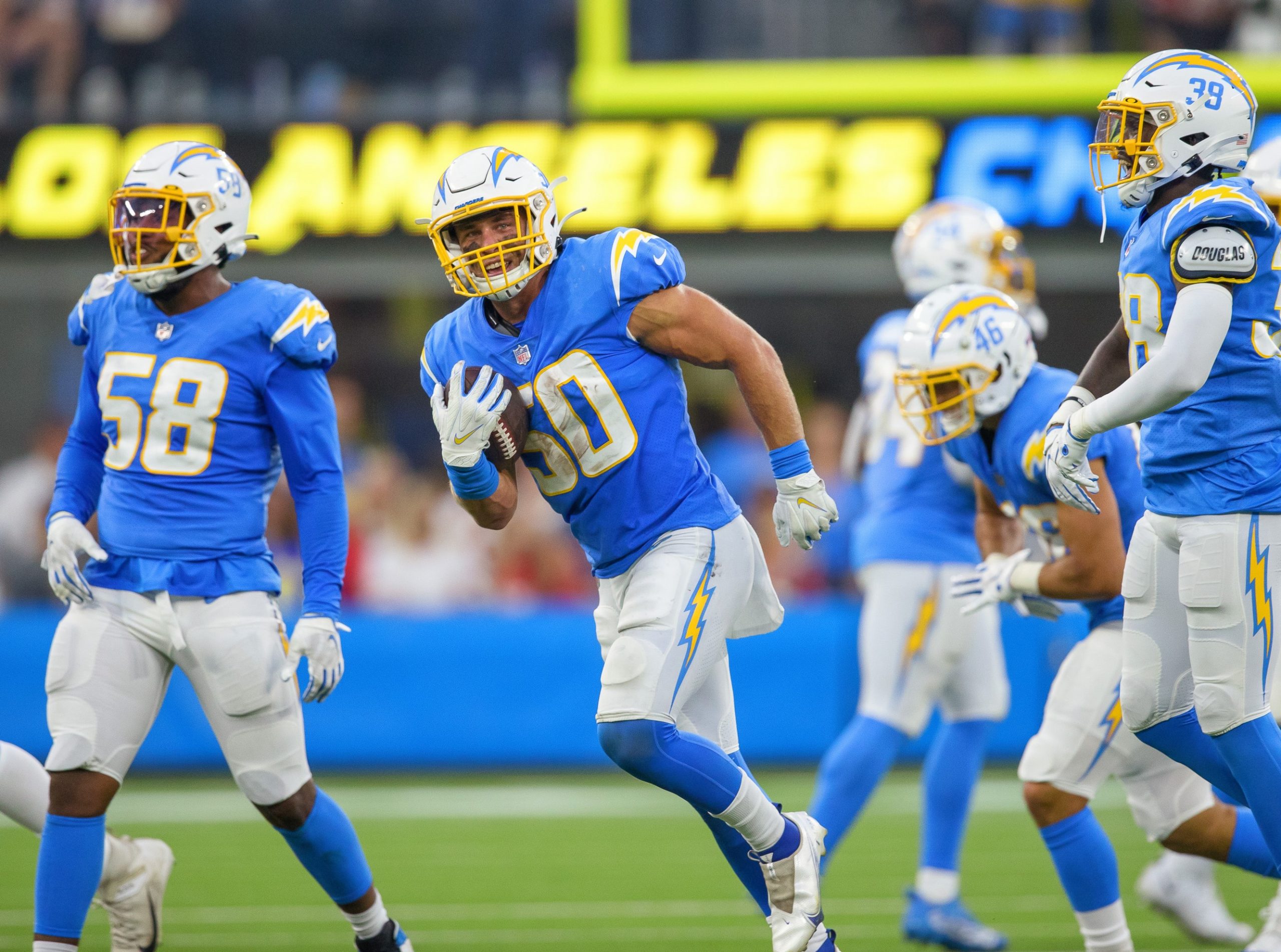 Cole Christiansen emerged from a pile with football in hand as his Chargers teammates rushed to congratulate him.

Christiansen kept the football as he ran to the sidelines. Sunday’s game against the 49ers may have been the preseason but it provided Christiansen with a memory and a keepsake that he will never forget.

The two-time Army football captain, who has always showed a sense for the football, pounced on a fumble by 49ers quarterback Nate Sudfield in the fourth quarter. He also led the Chargers with seven solo tackles.

Christiansen isn’t the only 2020 West Point graduate showing out in the preseason.