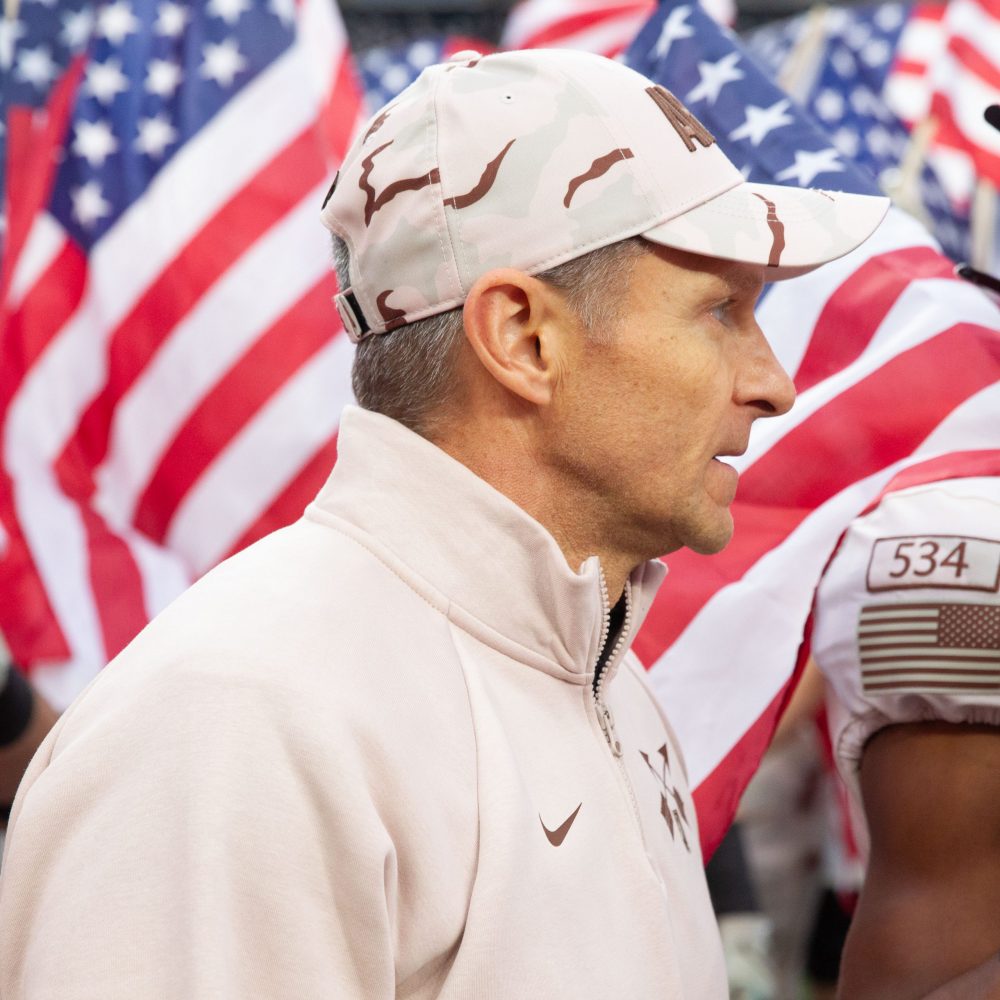 A couple of days after Army’s loss to Navy, the defeat still stings.

It should, Army’s coach Jeff Monken said during his Monday press conference.

That’s what rivalry games do. They bring out emotions long after the final whistle.

“I’m mad and dejected,” Monken said. “You have to feel that way. It’s the biggest game of the year and biggest rivalry. We want to beat them more than we want to beat anybody. They do too. They’ve been on that side of it and this year, we’re on that side of it. That’s what a rivalry is. Sometimes, you win and sometimes you lose.

Monken said he didn’t, “know why we made some of the mistakes that we made,” which led to zero points in the second half and Army’s defense not getting off the field in a timely manner.

“We didn’t see anything defensively (from Navy) that we weren’t anticipating or practiced against,” Monken said. “Yet, we busted assignments, blocked the wrong guy, took poor angle, played poorly fundamentally, bad pad level, didn’t play aggressively enough and get on the attack. I don’t know why.

Army watched and reviewed the Navy film Sunday, splitting into offense and defense groups and then, special teams.

“It’s not like it doesn’t matter,” Monken said. “We don’t just throw it in the trash and say, ‘Well, that one doesn’t matter anymore. It does. We can learn from it and it should motivate us to want to play better.”

Teams can get better after a loss, learning from their mistakes. Army’s hoping that’s the case against Missouri in the Armed Forces Bowl Dec. 23.

Monken and Army want to send their seniors out on a better note than Saturday.