Army knocks off No. 4 Syracuse 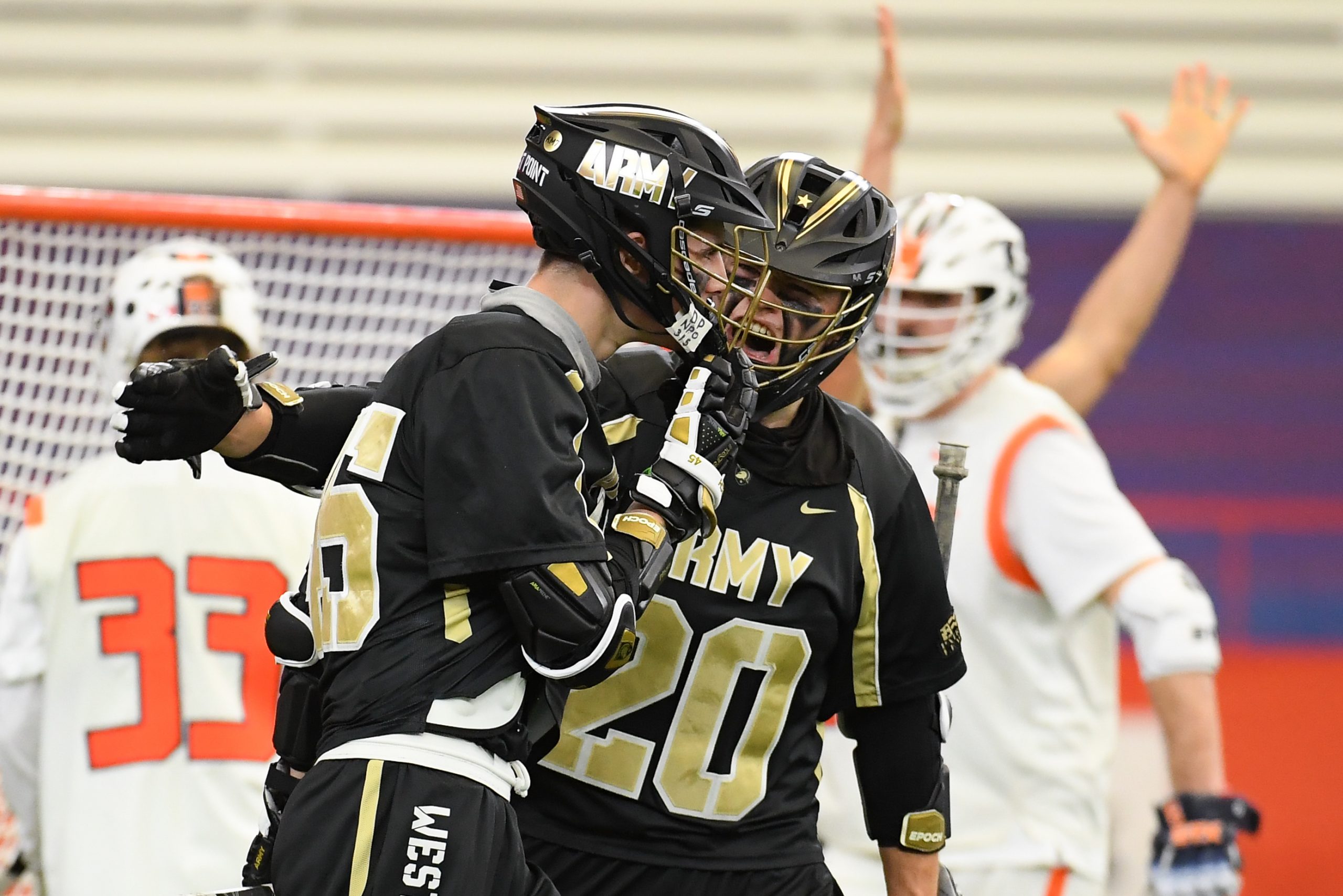 The odds of winning weren’t exactly in Army’s favor after falling behind five goals in the first quarter to No. 4 Syracuse in a nationally-ranked men’s lacrosse showdown Sunday at the Carrier Dome.

Perhaps, Brendan Nichtern’s goal with 36 seconds left in the quarter was the spark that the Black Knights needed.

From there on, Army came out with unquestioned energy and purpose, outplaying the Orange. The Black Knights, ranked No. 12 in the country, outscored Syracuse 6-1 to take an 8-7 lead into halftime and rolled to an 18-11 victory.

In a game with all-Americans on the opposition, Nichtern was the star with four goals and three assists. Nichtern teamed with Bobby Abshire (four goals) for a highlight reel worthy of SportsCenter’s Top 10. Abshire’s final goal, falling toward the net completing a pass from Nichtern, was an effort that encompassed the comeback and the team’s character.

“This win was awesome for many reasons,” Nichtern said. “This game means a lot to our alumni and is something guys talk about for years to come. To win for the senior group and our alumni means a lot to us. For the team, I think this game shows every guy in the huddle that we can play with these highly respected teams.

Nichtern added: “If we want to play on Memorial Day weekend, we will have to beat teams like that. The resilience starts with our tremendous senior class and leadership. We believed in ourselves and just had a next-play mentality. I can promise you we will go down again sometime this season and to have a comeback like this under our belts will go a long way.”

Army rebounded from a 14-9 loss to No. 3 Virginia last weekend. The Black Knights had five players record hat tricks with Aidan Byrnes, Nick Edinger and Gunner Philipp each scoring three goals. The 18 goals were the most scored by Army against Syracuse since 1968.

The efforts of goalie Wyatt Schupler and Army’s defense should not be undervalued. Schupler made some key saves during Army’s second-quarter scoring run of five consecutive goals. He deflected or stopped Syracuse at point-blank range multiple times in the final three quarters. Schupler finished with 12 saves. Army held Syracuse  to one goal in the second and third quarters.