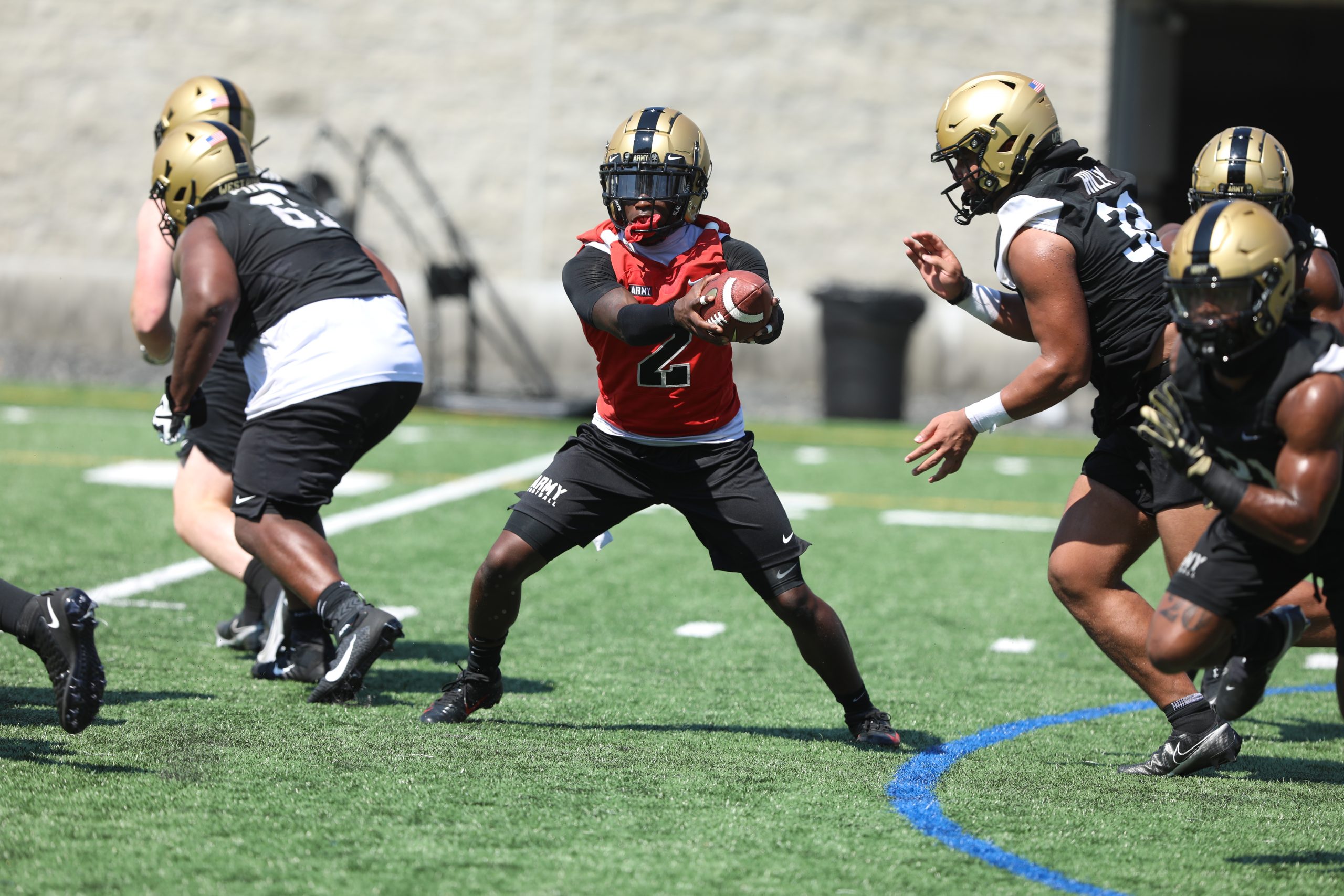 Connor Bishop, Army’s center, said Friday was the start of the Black Knights finding out their identity.

Coming of a 9-3 season, captain Arik Smith spoke about his goal to “drive competency” throughout the team.

Expectations should be high for Army, which has a roster filled with returning starters and players. Quarterback Tyhier Tyler said improvement on a daily basis is a focus.

“We just got to get better,” Tyler said. “The energy is there. We are all excited. We are all eager to play but just getting one percent better each day is a goal in the quarterback room.”

Tyler is one of five quarterbacks with starting experience returning for the Black Knights including senior Jabari Laws, who is returning from a knee injury. Junior quarterback Maurice Bellan also performed in critical moments last season. Coach Jeff Monken said Army’s depth situation under center is, “unheard of” and “we have great confidence in all of those guys.”

Keeping all quarterbacks fighting for the starting job healthy throughout the preseason is a primary goal for Monken. What’s Monken’s preseason plan for the quarterbacks? Army could use multiple quarterbacks in games like it did with success in 2020.

Some number changes in practice that may transfer to game day: Junior slotback Braheam Murphy is No. 8, junior cornerback Cam Jones is No. 10, junior kicker Cole Talley is No. 94 and sophomore tight end Josh Lingenfelter is No. 88.

Sophomore wide receiver Isaiah Alston, who was slowed by injury in his first college season, won a jump ball on a downfield pass Friday, providing a reminder on how he could be a problem for defenses stacking up against Army’s vaunted running game.

Monken said about 20 players benched over 400 pounds prior to preseason camp.