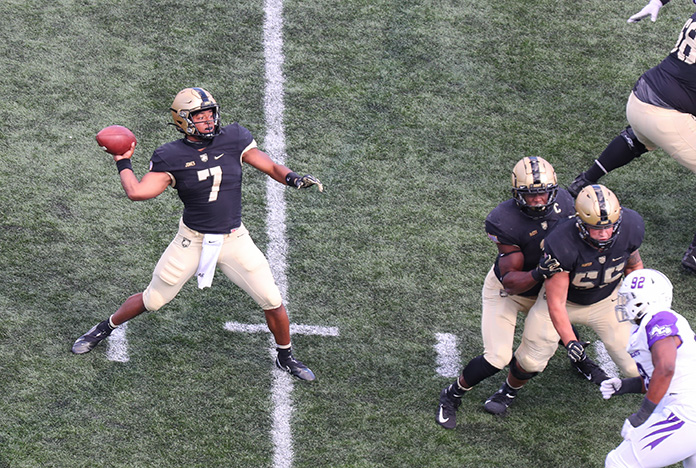 The Black Knights were looking to bounce back after last week’s Top 25 loss against Cincinnati and they hung 55 points on the board while rushing for 441 yards in a 55-23 win over Abilene Christian.

“I thought today was a good opportunity for him,” Monken said about Jones. “What was so impressive was he just stepped in, he didn’t flinch, took the bull by the horns and took it.”

Also getting in the end zone for the Black Knights were Anthony Adkins (2), Sandon McCoy (1) and Jakobi Buchanan (1). Sensational freshman Tyrell Robinson also added 126 yards on the ground on only seven carries.

Marquell Broughton led the way on defense with eight total tackles. Freshman Keeron Henderson picked up a sack on fourth down on the first drive of the game to give Army momentum and the ball at midfield.

“It feels great to be 3-1 and get the bad taste from last week out of our mouth,” said Army linebacker Jon Rhattigan about getting the win today. “I mean last week was a frustrating loss and I thought we played hard then but that’s a game we’ll never get back, all we can do is continue to move in the right direction and I think that’s exactly what we did today.”

Army will look to keep rolling next week as they host The Citadel, hoping to keep the momentum rolling as we reach the midpoint of the season in a few weeks.