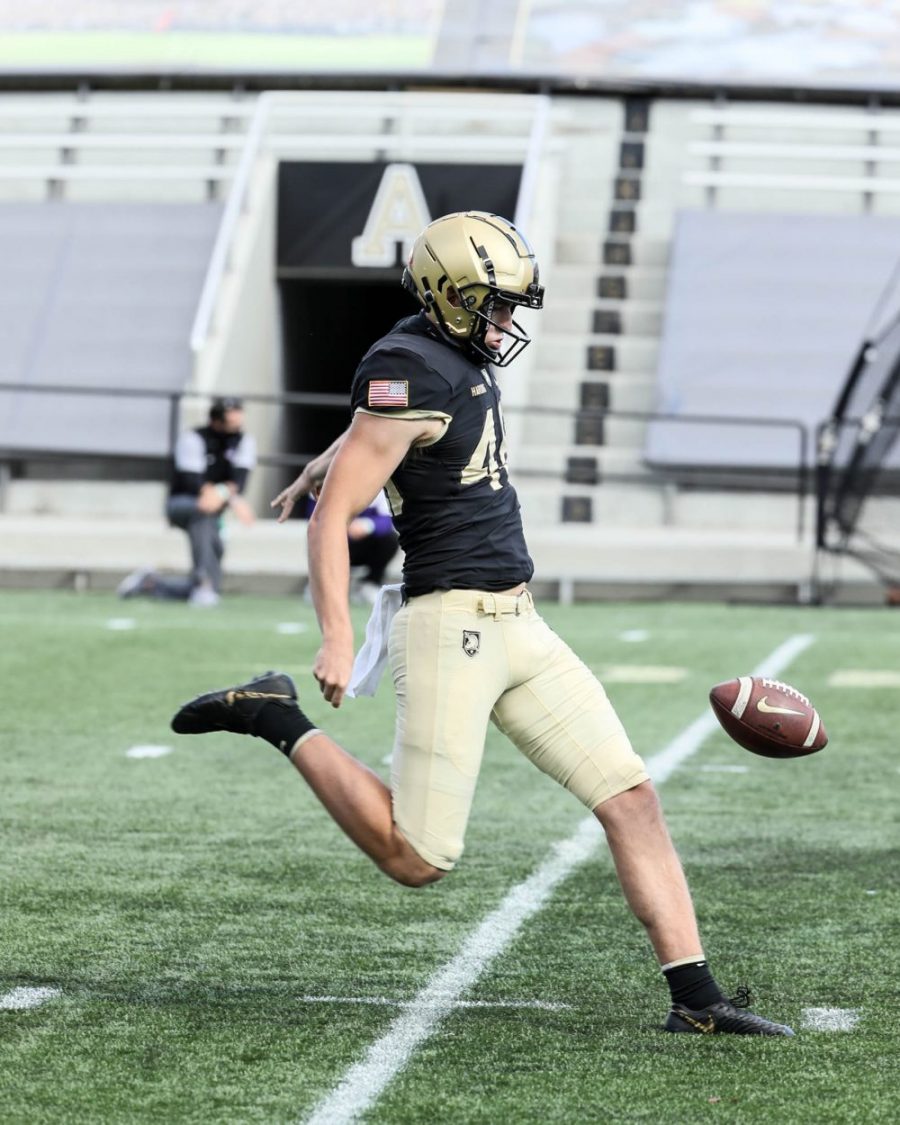 Zach Harding always likes to think that his job is on the line despite regardless of the fast that he enters the 2021 season as the academy’s all-time leader in punting average.

“I don’t like to get complacent and think like that (he’s the starter),” said Harding, a senior who is on the Ray Guy Award (nation’s watch list) preseason watch for the second straight year. “Once I think I got it, I know I’ll naturally start to not really to try and watch as hard in practice.”

Harding’s 17 punts inside the opponent’s 20-yard line last season were just as impressive as his 44.9 career punting average. Harding’s 12 punts of 50 yards or more doubled the previous season high in the Jeff Monken Era (since 2014). There’s still room for improvement, Harding says.

That work continued in the weight room this offseason. Harding enjoys competing on lifts with his teammates. Coach Jeff Monken posted an offseason workout video of Harding power-cleaning 265 pounds.

“I like being in the weight room,” said Harding, who is 6-foot-5 and 225 pounds. “It’s fun. I try to get my numbers up in the weight room in the offseason. In the season, it’s different where you are trying to just maintain it and keep my legs as fresh as possible.”

Though Harding doesn’t take his team standing lightly, this will be his third year as Army’s punter. Harding is entering his final season with perhaps more confidence than ever.

“I feel a lot better right now than I did at this time last year,” Harding said. “I just feel a lot more consistent and I especially feel a lot more confident in the shorter punts – hitting the ball from the other 40 (yard line) and sticking it down within the 10.”