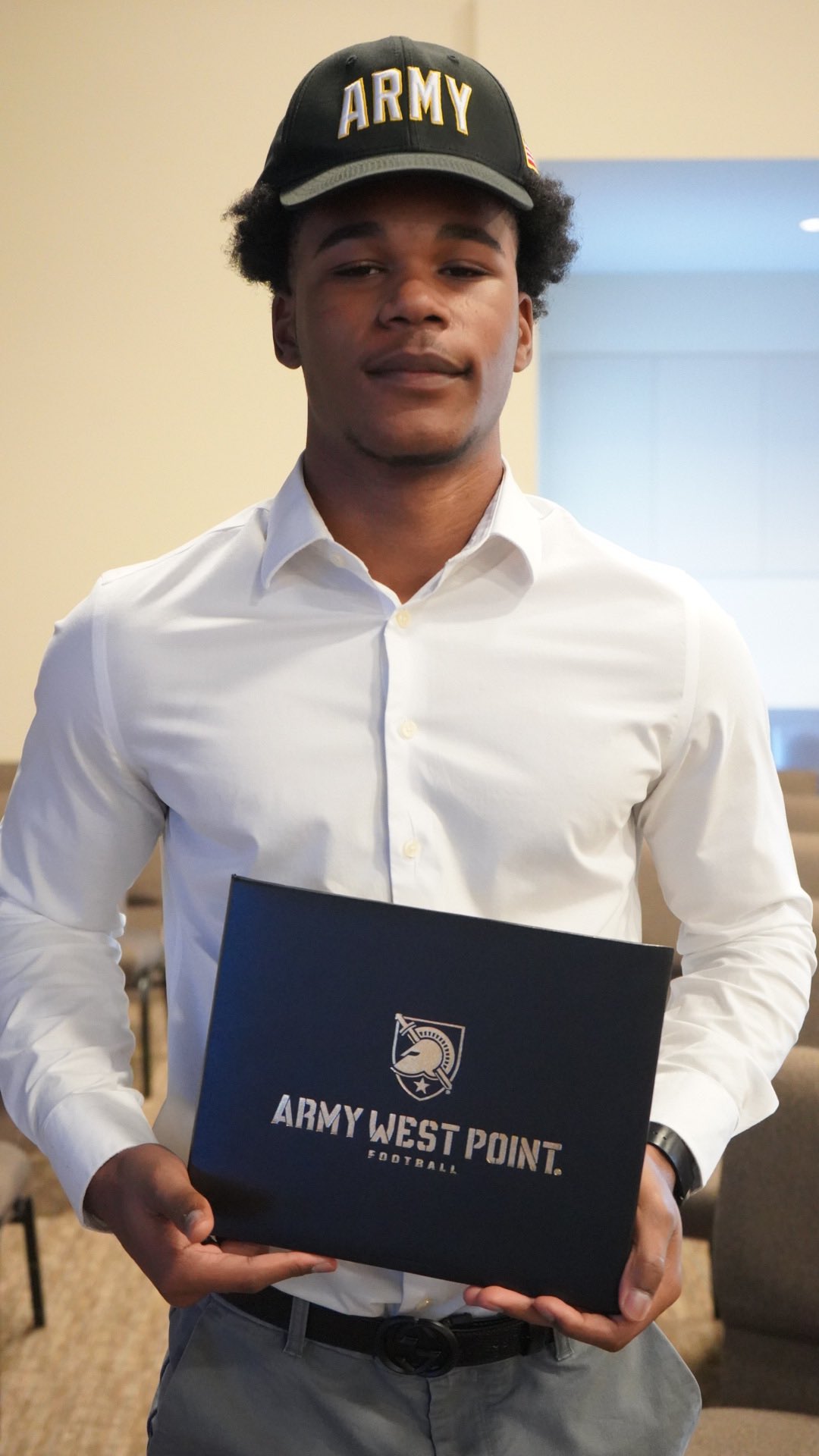 Signing Day couldn’t have fell on a better day for Jordan Burrell.

Burrell, a safety from Blythewood (S.C.), turned 18 Wednesday and experienced one of the most important moments of his life when he signed his certificate of commitment to play football at Army.

“It’s an awesome feeling,” said Burrell, who had multiple offers from Power Five schools. “When I found out Signing Day was today, I was super excited about it! It’s been a good one.”

“I’d say there wasn’t a certain school that was battling against Army, but I really just wanted to weigh all my options that were presented, Burrell said. “What drew me to Army were the people, the connections, life after football, the swagger they play with on the field, and the honor that comes from going through the academy.”

Burrell added, “It felt really rewarding to see all my hard work and prayers come to life. I’m reallt grateful for the opportunity to be at a great school! I made the decision last night, but I’ve been really interested for a long while.”

Burrell is the sixth South Carolina commit one Army’s 2021 class. He played against future teammates John Javis and Gregory Johnson this season.

“The scholarship that Army offered me and the opportunity that they are giving is like no other opportunity,” Johnson said.