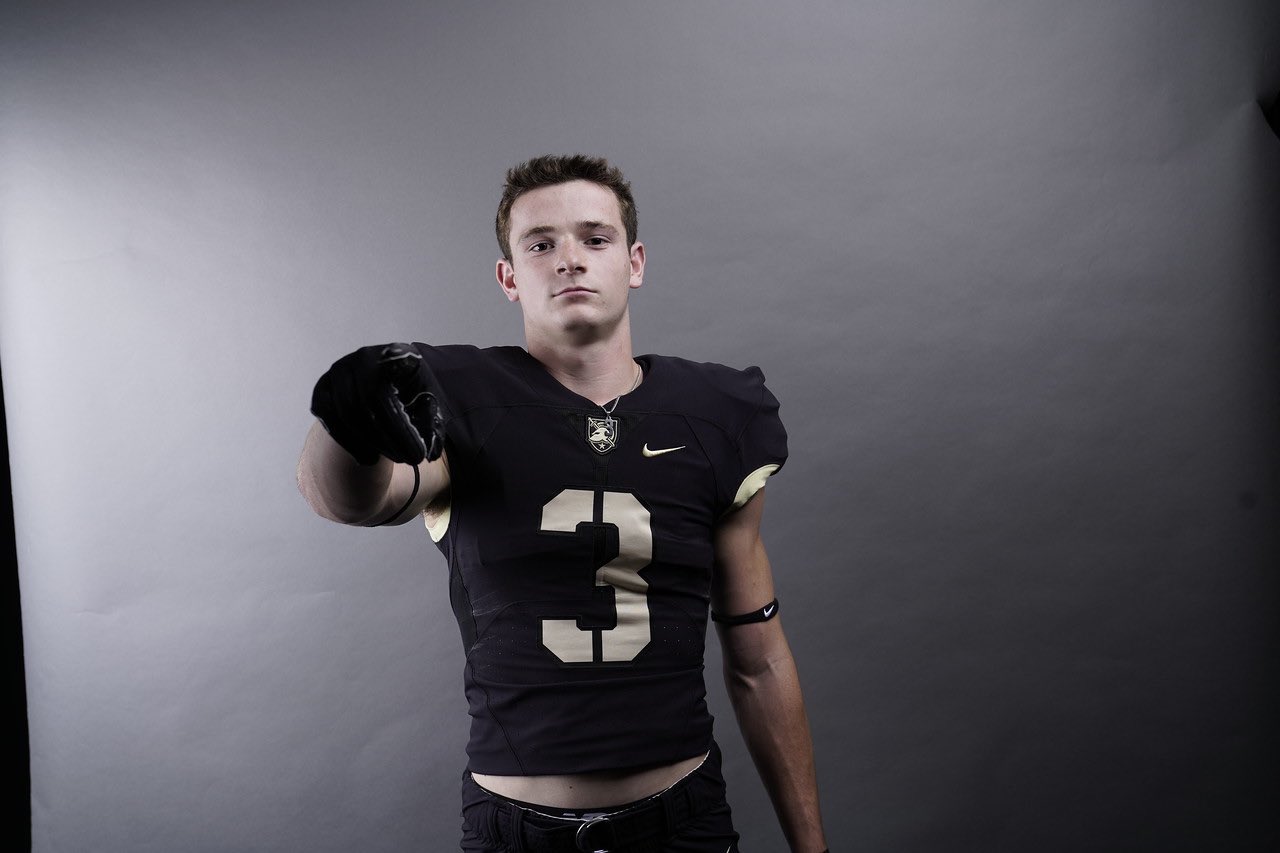 “I am on the field pretty much the whole game,” Matteson said. I start on offense, defense, punt return, and kick return. I’m able to do a lot of things and contribute to my team in many different ways.”

Matteson will be bringing his talent and versatility to West Point. The senior verbally committed to Army and assistant coach Shiel Wood Sunday. Matteson announced his commitment in a video Tuesday. Army is recruiting Matteson to play safety.

“I chose West Point because of the brotherhood culture that was present,” Matteson said. “I get to play a high level of football and the opportunity after college is incredible.”

Matteson scored four touchdowns in three quarters against Chisholm two weeks ago and returned a kickoff 85 yards for a score and caught a 53-yard touchdown pass in a win over Alva last week.

Matteson took an unofficial visit to Army in July and followed up with an official trip for the UConn game last month.

“I was impressed by the amazing facilities and I loved the staff,” Matteson said. “The gameday atmosphere was incredible. It was unlike anything I’ve ever seen before.

“I have built a great relationship with the staff. It has been a great experience.”

“I am very patriotic so it’s awesome to think about,” Matteson said. “I was super excited when I committed. I just love my country and support our military. I take pride in America.”

Spalding (Ga.) defensive end Chase Fambro announced Sunday that he was decommitting from Army. Fambro was Army’s first commit of the 2022 class.