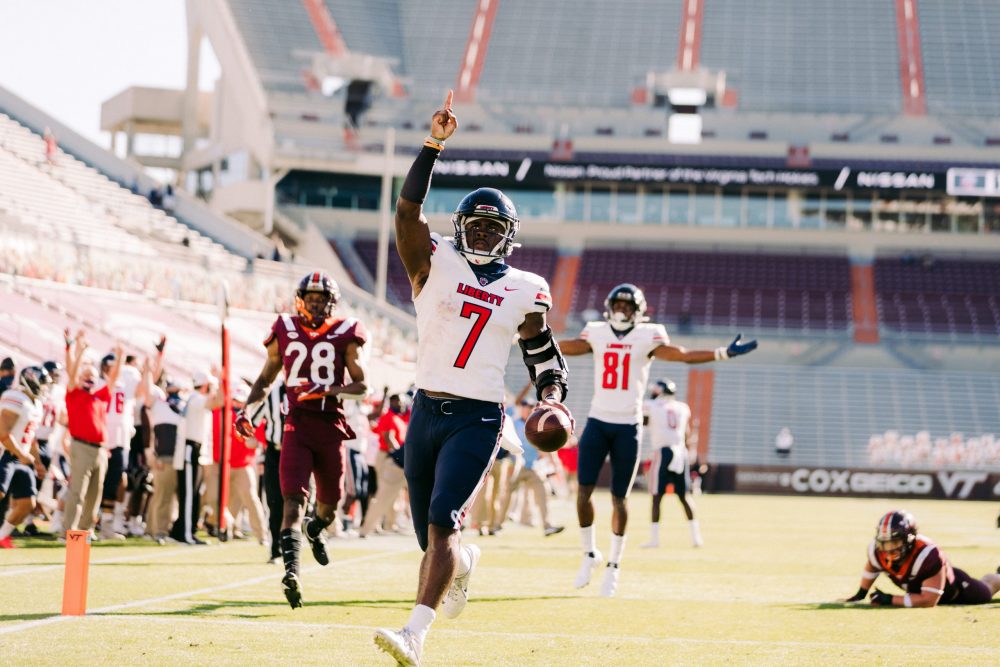 Army’s performance was simply not up to the program’s standards in a 16-point win over UMass, Jeff Monken said.

Another sub-par game will not be enough with the Black Knights’ remaining schedule, starting at Liberty Saturday with Navy and bowl game to follow.

“I know that if we play that poorly as we continue the season we are not going to find our way to the finish line in first place very often.”

Not against Malik Willis and Liberty. Pro Football Focus College is projecting Willis, a junior quarterback, as a mid-first-round pick in the 2022 NFL draft. Willis, a dual threat, has thrown for 2,321 yards and 23 touchdowns and rushed for 783 yards and 10 touchdowns this season. He’s struggled in his last two games (both losses to Ole Miss and Louisiana-Lafayette), throwing a combined five interceptions. The former Auburn quarterback has 44 touchdown passes and 26 touchdown runs in his career.

Willis will be the third NFL prospect that Army will face this season. Wake Forest’s Sam Hartman threw five touchdowns in a win. Western Kentucky’s Bailey Zappe had three touchdown passes in a loss.

“Willis is a guy that will run a good 40 (yard dash) and the change of direction and the exceleration is outstanding,” Army defensive coordinator Nate Woody said. “As far as the velocity on his throws, really good. He throws a really great tight spiral and he’s got a strong arm. He’s got all of the tools that I think guys in the NFL want to work with.

“This will be another one of those quarterbacks that we have to do a great job of containing but he’s also a guy that can put it on the money to receivers that can get down the field pretty good.”

McDuffie broke his leg in the third quarter in the UMass win Saturday and was taken directly to the hospital for surgery.

“He (McDuffie) and Malkelm Morrison were pursuing the same ball carrier and they were coming from different directions,” Monken said on This Week in Army Football Tuesday. “It was actually Malkelm who as he was making the tackle kind of leg whipped Julian and unfortunately, Julian broke his leg and couldn’t leave under his own power.

“He’s had a procedure. He’s doing really well. He’s back here on campus. He’s a great kid. Our players really rallied around him and that really got everyone going and they wanted to finish the game to honor him.”

Jones, who has started in place of McDuffie, who was battling injury this season, was also injured in the UMass game.

“I know if we are going to miss him this game,” Woody said of Jones. “It hasn’t been determined yet. Hopefully, he’ll be available.”

Monken said putting pressure on Willis and causing him to hurry his throws will be one of keys Saturday. Liberty has allowed 45 sacks, second-most in Division I-A. Andre Carter, the nation’s co-sack leader, should have plenty of chances to add to his academy single-season sack record.