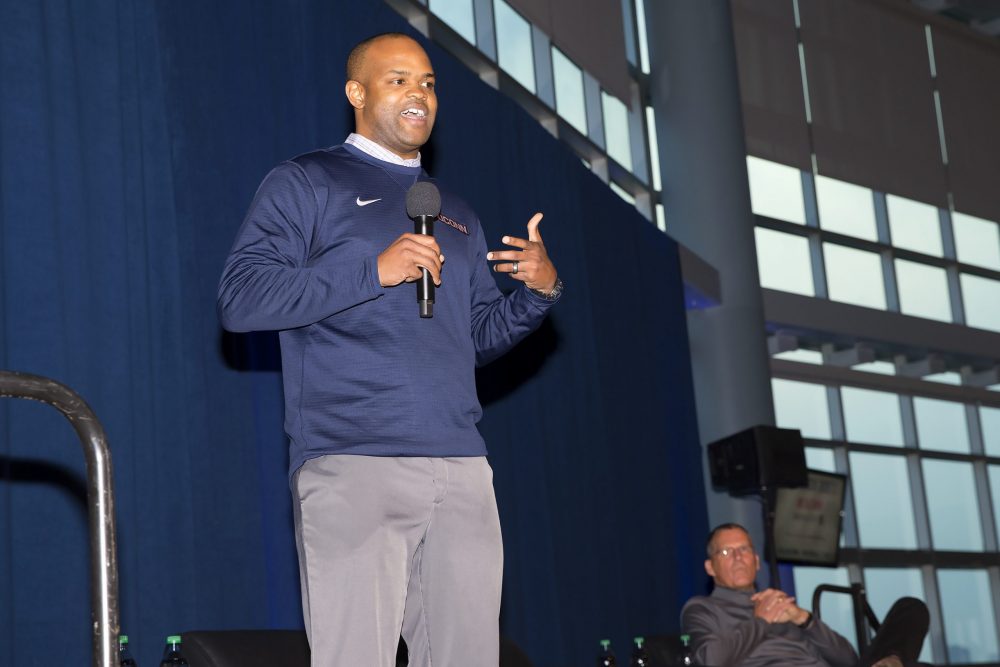 The hiring of Smith is a homecoming. Smith grew up on post during high school. His father, Arnold, an Army colonel, was a Garrison Commander at West Point from 1998-2001. Smith starred on the football field and basketball court at James I. O’Neill High School in Highland Falls.

Smith’s addition brings 16 years of coaching experience and knowledge of West Point to Army’s staff. He replaces Keith Gaither, who is now on Virginia’s coaching staff.

Smith spent the last three seasons as UConn’s wide receivers coach and recruiting coordinator. He was on the opposite sideline at Michie Stadium when Army hosted the Huskies in September 2020. He began his coaching career at the Coast Guard Academy in 2006. Smith has also coached at Columbia (2007-11), Boston College (2012) and Albany (2013-16).